Delayed reconstruction procedures involve:
In a delayed implant based reconstruction, a plastic surgeon uses a tissue expander, which is gradually filled with saline over several weeks to stretch the skin and create a pocket of skin to the desired size for the permanent implant. In a second operation the expander is removed and the permanent implant is placed. Implants may be either saline, or silicone gel implants.

Delayed Implant Based Reconstruction Disadvantages: Many appointments for the expansion process; two steps for procedure (i.e., tissue expander and implant); potential problems with implant including infection may require more surgery (less than 5% and most will respond to antibiotics); often difficult to achieve appearance of a natural breast; visual or physical distortions such as capsular contracture, rippling or bursting; pain is also possible in patients undergoing reconstruction with implants; one may need to replace implants periodically, although most implants will last a lifetime. Implant Based Reconstruction best fits a patient who: has no history of previous radiation to the breast or chest wall or will not need radiation; does not have enough fatty tissue in stomach area for flap options; does not desire a tissue flap operation; has a good skin “pocket” for implant; has minimal compromised tissue at the mastectomy site; prefers shorter surgical time and recovery times, wants a more perky (augmented) looking reconstruction; does not smoke.

A plastic surgeon will use tissue from a donor site on your body like your abdomen, buttock or thigh, and move this flap to the chest to reshape into a breast. The donor tissue flap may be kept connected (or pedicled) to its place of origin to preserve the blood flow. Another method is to cut the flap free and position it at the proper site of the breast. Here blood flow is reestablished by microsurgery. With all delayed reconstruction flaps of autologous tissue may be the preferred option if your surgeon is not able to stretch the skin enough to make room for an implant. Flap reconstruction is often recommended in the radiation setting as this procedure bypasses some of the tissue damage caused by radiation and replaces damaged skin with healthy skin.

Latissimus dorsi flap + implant:  In a lat flap procedure a muscle from the back (latissimus dorsi), with connected skin, fat, and blood vessels, are passed through a tunnel under the skin to the chest to form a new breast or to shape the pocket for a breast implant. The transferred tissue remains attached to its original blood supply making the lat flap procedure less complicated than other flap procedures. 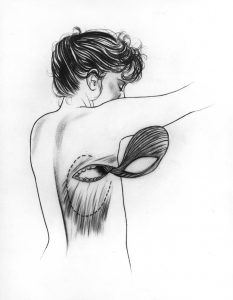 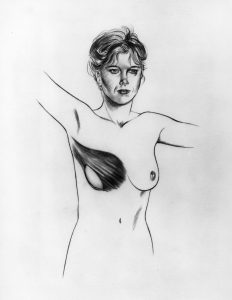 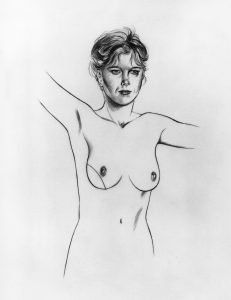 In the delayed reconstruction setting the lat flap is only used with an expander due to the limitations of available skin. This makes the lat flap plus implant a staged procedure, replacing the expander for an implant at a later surgery, after the skin has been stretched.

Advantages of lat flap: Muscle can act like acellular dermal matrix to protect the implant in immediate reconstruction; vessels remain connected so no reattachment is required, lessening the potential for vessel failure; no microsurgery required; less risk of flap failure; shorter procedure and hospital stay compared to other flaps.
Disadvantages of lat flap: Scarring on the back; loss of muscle function — not significant but some patients notice when performing extreme activity such as rock climbing. This type of reconstruction best fits a patient who has a smaller body framed or has insufficient tissue for other flaps but would like to have a one stage reconstruction direct to implant bypassing the expander stage who would like to avoid abdominal surgery and has a preference for a delayed setting.

Abdominal Flap:  The most common flap reconstruction surgeries will use tissue from the lower abdomen, such as a TRAM flaps, DIEP and SIEA. 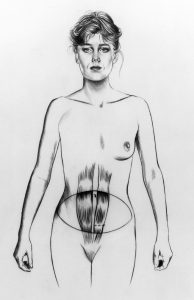 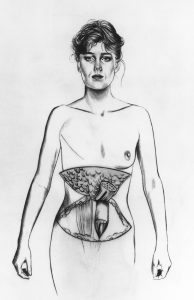 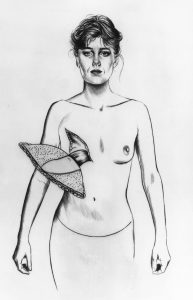 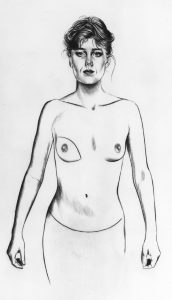 This reconstruction best fits a patient who is concerned about using implants, has had radiation or will require radiation or desires fewer surgical procedures.

Advantages of  SGAP/IGAP:  No chance of abdominal wall weakness or scarring; tissue quality is enhanced; IGAP has a scar in the crease of buttock area and may be less visible; TUG avoids abdominal area; good quality tissue; scarring is hidden in groin.
Disadvantages of  SGAP/IGAP:  Longer  more complex procedure; less frequently performed as many surgeons may not offer this; asymmetry at the donor site due to removal of tissue from one side and not other; TUG scar in buttock crease may be irritating to some; in a bilateral procedure the labia may be repositioned through stretching to close incision; less tissue available in a TUG.