Brettel Dawson: On Be the Choice 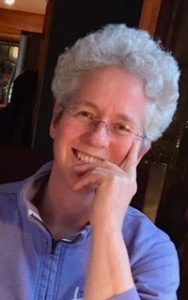 I was diagnosed with breast cancer in February 2016. My understanding of the language of breast cancer that allowed me to fully comprehend my diagnosis and treatment options, came long after the news. Long after the radiologist told me that my mammogram was “highly suspicious for cancer.” Long after the surgeon doing my breast biopsy spelled out that I had a mass in my left breast, at least two enlarged lymph nodes, and was facing “a very difficult year.” Using that language now, I had locally advanced, hormone responsive, HER2 negative, stage 2, invasive ductal carcinoma: T2N1. After that difficult year (and more), my cancer is in remission.

Receiving all this news was overwhelming.

I was in shock. I was fearful. I felt myself being swept into a new medical world. I was being asked to make decisions – quickly. I had no knowledge to draw upon and a limited pool of optimism.

My surgeon asked me at our first meeting, “do you want chemotherapy first or surgery first? I want to put in a requisition or referral today.” I asked, “what are the criteria?” She said, “the outcomes are the same either way.” I asked, “what difference does it make?” She said, “if you do chemotherapy first, you might be able to have a lumpectomy later. It’s about aesthetics.”  This exchange didn’t help me much. It was only later, after I had chosen to start with chemotherapy, that I learned that lymph node (positive) status is a key decision-making factor in the sequencing of treatments. This information is now part of the Be the Choice Decision Trees and would have made a fraught choice easier for me at the time.  Instead, I felt adrift – and my life seemed to depend on making the right choice.

This was the point at which Be the Choice (BTC) entered my life. I reached out to a colleague, Melanie Adrian, who had come through breast cancer and who I knew was working on a knowledge tool for others diagnosed, or being tested for, breast cancer. Little did I know that she had founded an organization that informed patients about their treatment options. They were just working on the prototype when I was diagnosed.

Melanie was out of Canada but soon we were talking on Skype. It was so helpful to talk to someone who had navigated the experience herself! And she gave me a tool to use, walking me through an early prototype of the BTC Decision Tree process. Even then, what a balm and resource it was to help me understand and make the choices I was facing. I loved that the information on BTC was – even in those early stages – clinically reviewed and reliable. Now, having worked through the finalized set of Decision Trees on BTC, I’ve been even more impressed. The information and pathways are logical, clear, detailed and rich with information for patients facing, as I did, an overwhelming immersion in the world of breast cancer (and it’s medical jargon).

In our conversations – and in bringing the BTC vision to life – Melanie has exemplified the shared compassion among patients touched by breast cancer.

The Dalai Lama has defined compassion as “a sensitivity to the suffering of others, with a commitment to do something about it.” To me, that is what the BTC team have shown and achieved through the Decision Tree.

The shared vision of BTC has been to empower those suddenly transported to ‘breast cancer land’ with the knowledge and context we need to understand our diagnosis and inform our choices and translate the language of breast cancer treatment into our own experience. Thank you!